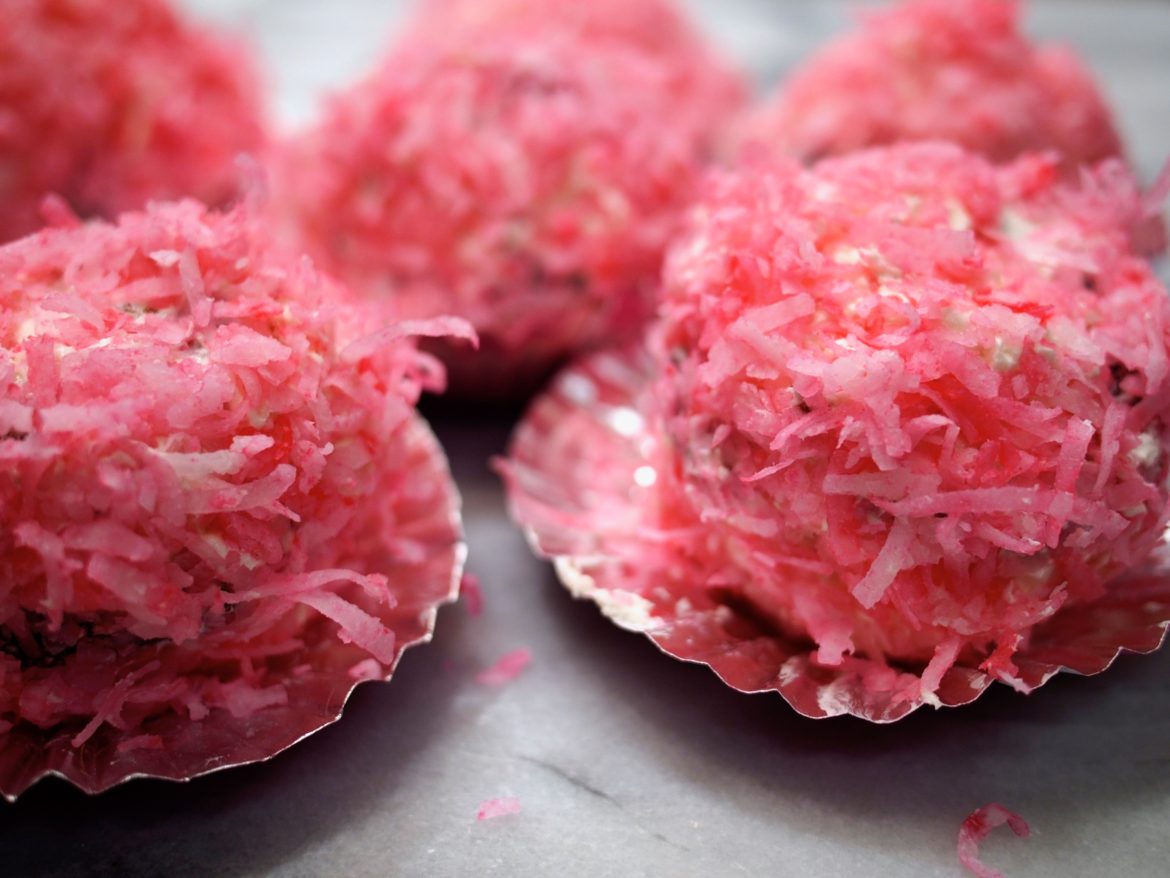 My husbands’ company was hosting a charity bake sale so when he asked if I could make something I knew immediately what I wanted to do: the homemade Coconut Sno Balls from the Back in the Day cookbook. Full disclosure, I do not enjoy baking and usually it shows. However,  I followed the recipe practically verbatim and these were seriously fan-dam-tastic. This recipe is a little involved because it’s 100% from scratch, but the cakes were amazing. A real nostalgic show stopper. 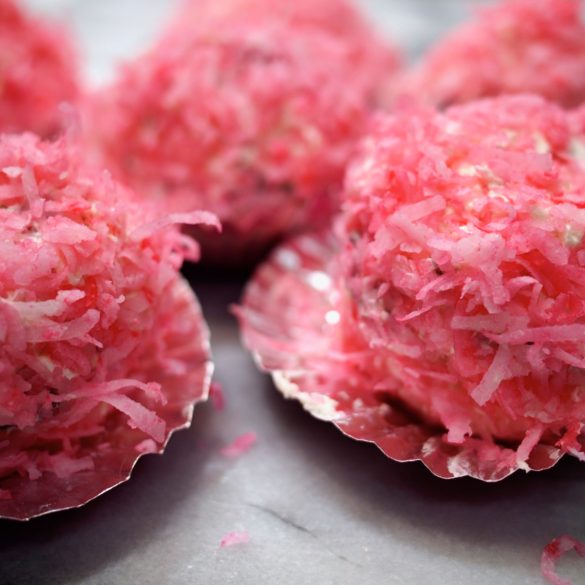 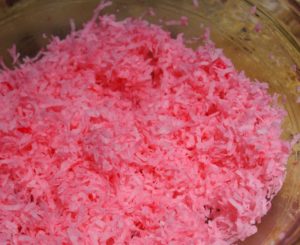 For the Coconut Topping:

Place coconut in glass bowl. Add a few drops of color and mix with a fork until desired hue. Set aside.

Position an oven rack in the lower third of the oven and preheat the oven to 350 degrees F. The recipe called for liners but I found them difficult to remove. I recommend greasing a cupcake tin. The recipe yields 18 cupcakes, so plan accordingly.

In the bowl of a stand mixer fitted with the paddle attachment, combine the sugar, flour, baking soda and sea salt. Let the mixer run on low for 2 to 3 minutes to aerate. No need to sift. 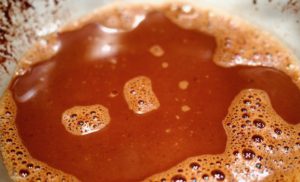 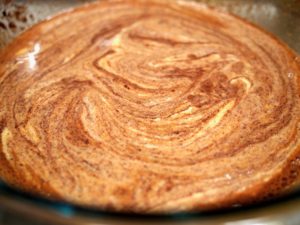 In another medium bowl, whisk the oil and eggs together quickly so that they combine thoroughly. They will be thick and satiny, and light in color. Gently, whisk in the sour cream but leave some visible streaks of white, being careful not to over mix. 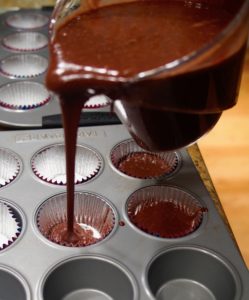 Remove the bowl from the mixer and incorporate with a rubber spatula any ingredients that may be hiding at the bottom of the bowl. The batter will be very wet and chocolaty, so it helps to transfer the batter into a liquid measuring cup to make it easier to pour.

Pour the batter into the prepared cupcake pan, filling each baking cup about two-thirds full. Refill the measuring cup as needed and repeat until all of the cupcake cups are filled. Bake the cupcakes until a cake tester inserted in the center comes out clean, 20 to 25 minutes. Set aside to cool for at least 20 minutes. Once the cupcakes are cooled, remove them from the paper liners (if using). 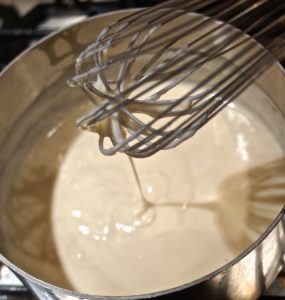 For the Creamy Coconut Buttercream Frosting:

Combine the flour, 1/2 cup of the milk and vanilla extract in a small saucepan, and whisk until incorporated.

Over medium heat, gradually add the remaining 1 1/2 cups milk and whisk constantly. Continue to cook the mixture until it comes to a low boil. Reduce the heat to low and continue to whisk until the mixture begins to thicken and starts to burp, 2 to 3 minutes

Remove the mixture from the heat and transfer it to a small heat-proof bowl to cool. Stir the mixture occasionally as it continues to cool to keep it lump free. If you do get few lumps, don’t worry, you can whisk the mixture to dissolve the lumps, or pass the mixture through a mesh sieve to get a completely smooth consistency. (I ended up skimming the skin off of mine, I didn’t really see the need to use sieves etc.). Set the mixture aside to cool to room temperature.

In a stand mixer or with an electric mixer fitted with the whisk attachment, whip the butter on medium speed until it is soft and creamy, 2 to 3 minutes. Gradually add in the sugar and beat on high speed until light and fluffy, 5 to 7 minutes. Gradually add in the cooled milk mixture and increase the mixer to medium-high speed and whip until the frosting is light and fluffy, scraping down the bottom and sides of the bowl with a rubber spatula to make sure the frosting is thoroughly mixed. The frosting can be stored in an airtight container at room temperature for up to 2 days

To Assemble the Cupcakes: 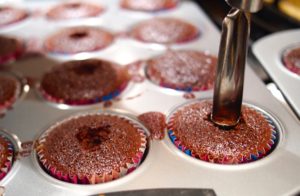 Use an apple corer or a paring knife to scoop out a hole in the middle of the cupcake about 1 inch deep. (The extra cake is yours for the snacking.) Fill a pastry bag fitted with a 1/2-inch pastry tip with the buttercream frosting and fill the hole of each cupcake with frosting. Ok, in full disclosure, I just mashed mine in there with the icing spatula. It worked fine. 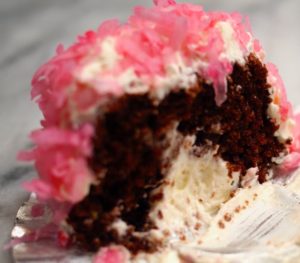 Flip the cakes over so that the filling side is face down.  Frost the cupcakes all over with the rest. Place the coconut in a small bowl. Roll the frosted cupcakes in the tinted coconut.  Store the cupcakes in an airtight container for up to 2 days.

No images found!
Try some other hashtag or username

This website uses cookies to improve your experience. We'll assume you're ok with this, but you can opt-out if you wish. Accept Read More